The Cleveland Indians set an American League record on Wednesday by winning their 21st consecutive game. In doing so, they became just one of three major league teams to win so many consecutive games in the last 100 years.

Just under 30,000 fans turned up to witness them break the 2002 Oakland Athletics record and make American League history. Home runs by Jay Bruce and Roberto Perez were enough to see off the Detroit Tigers 5-3 at Progressive Field.

The win meant the Indians have matched the Chicago Cubs class of 1935 who also won 21 games in a row. Only the 1916 New York Giants who won 26 straight without a loss stand ahead of them. The Giants century-old mark did include a tie but is still officially recognized as the longest run in MLB history.

Cleveland’s remarkable run started back on 24th August and has seen them outscore opponents by an impressive 104 runs (139-35). 189 innings have been played and at the end of which the Indians have only trailed in 4. In that time, they have also hit 41 home runs.

With postseason nearing, the odds for the Cleveland Indians to win the World Series have been slashed. American sports betting at redbet now have the Indians priced at 6.00 with the out-of-form Los Angeles Dodgers still the team to beat at 3.30.

Can the Indians go one better this year?

Last year’s World Series saw the Indians lose to the Chicago Cubs in Game 7. What made defeat more soul destroying was the Indians had a 3-1 game lead before they lost the last 3 games. However, they clearly enjoyed the ride under manager, Terry “Tito” Francona and seem determined to get there again.

With a commanding lead in American League Central, Cleveland have found a little breathing space. Before postseason begins in October, Francona can afford to rest players and allow injured players more time to recuperate.

When asked about the winning streak record, Francona said: ”I promise you I have given it zero thought.”

Tribe players and fans will savor the streak for as long as it goes on. From here on, win or lose – this team will still be in the record books. Next up, the Indians host Kansas City Royals in a 4 game series. Win these and the Giants record will be firmly in their sights. 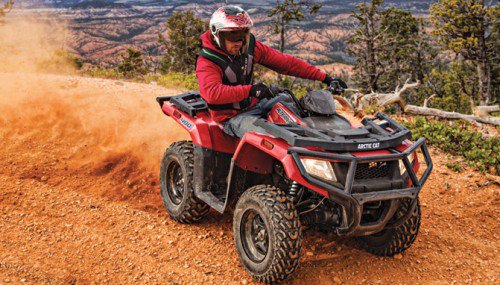 An ATV winch- The most vital off-roading accessory yet

Most people who enjoy off-roading know the benefits of having an all-terrain vehicle. These monsters can take you through all kinds of landscapes, from rocky...