Traveling to LA for sports games

There are few destinations as fantastic for watching sports as Los Angeles, and very few tourist hotspots manage to cater to every sports fan so successfully. LA is a city of dreams, and it doesn’t stop with Hollywood. If you’re planning your next big sports trip, then here are a few things that you’ll want to know about LA first.

LA teams: a who’s who guide

We’ll keep this brief, as you’ll no doubt want to start planning your great adventure in LA. There are some incredibly famous teams playing a variety of sports across the region, and we’re betting that you’ve heard of most of them. You’ve got the LA Dodgers baseball team, which plays at the eponymous Dodger Stadium, the LA Lakers basketball team, which resides at The Forum, and the LA Galaxy soccer team, which plays at StubHub Center. No trip to LA would be complete without watching the Rams do what they do best: football. The local ice hockey teams are the LA Kings and Anaheim Ducks. Ice hockey is a sport that can be enjoyed whether you have a team affiliation or not, and it is great fun to catch a game following a long, hot day of city exploration. Other teams that you’ve no doubt heard of and should probably catch during your stay include the Clippers basketball team, the Sparks ladies’ basketball team, and the Carson Bobcats women’s football team. Oh, and the Derby Dolls roller derby team is thrilling to watch.

LA is an incredible city for sports fans, offering stadium tours, museum exhibits and plenty of opportunities for you to learn more about your favorite games and players and watch your team storm to victory. Many of the city’s lineups and venues are so iconic that they cry out to be visited regardless of whether you’re an avid follower or not. Step inside Dodger Stadium, The Forum, STAPLES Center, and Honda Center for a glimpse of greatness. The city is a haven for travelers and tourists of every walk of life. Even those with only a passing interest in sports find themselves drawn into the LA lifestyle and enthralled by its sights and attractions. That said, LA takes some getting used to, and it certainly pays to do your homework prior to your visit.

There are numerous airports that cover the LA region, including Los Angeles International Airport (LAX), Ontario International Airport, John Wayne Airport, Bob Hope Airport and Long Beach Airport. These airports receive domestic and international airplanes, so it’s safe to assume that you’ll be arriving at one of these airfields when your flight lands. Away from the arrival hall, the city of LA boasts an accessible and affordable network of public transport, including six metro lines and dedicated bus routes. You’re also never too far from an Uber, which is useful should you require a lift straight to a specific destination. If you really want to make the most of LA, though, consider driving. Renting a car affords you the chance to see the sights at your own pace and at a time that suits you. That said, it’s often recommended to use the Metro if you’re attending a game, as parking spaces can be limited.

As you’d imagine, there are numerous types of accommodations to be found in LA, from crumbling banks and hotels that have been revived and turned into self-catering apartments to posh high-rise hotels that dominate the landscape. The city has something to offer every traveler and every budget. It’s well worth researching the areas that you may be staying in. For example, Hollywood is renowned as a center for the stars and has many quirky bed and breakfasts, downtown LA offers trendy motels and plush hotels and Malibu boasts seafront apartments. There are so many places to stay in LA for your next vacation that you’ll no doubt be spoiled for choice. However, you can’t go wrong with a self-catering apartment, which gives you the freedom to explore the city at your own pace.

Of course, there’s so much more to LA than sports, even if the lure of the game is what pulls you to the city in the first place. From tourist spots such as Venice Beach, the Hollywood Walk of Fame, Rodeo Drive and the Chinese Theater to the city’s many museums, galleries and cultural venues, there’s always something to do in between sporting events. Walking tours are particularly popular across LA, as they offer sports fans the opportunity to see a myriad of sites in a relatively short span of time. You’ll also want to consider Disneyland, particularly if you have an entire day to kill. As the sun sets, head to the comedy clubs, bars and eateries of LA; we’re betting that you’ll earn an evening off after all your exploring. Oh, and don’t forget to prepare for the weather. LA is one of the warmest and sunniest locations that you’re likely to encounter, so remember your sunscreen and stay hydrated.

It’s vital that you carry out proper research prior to visiting LA, even if you’ve been to the city before. After all, there’s nothing worse than canceled traveling plans, a miscommunication regarding accommodations or confused itineraries to spoil the fun when you simply want to unwind and watch sports. Whether you follow basketball, baseball, soccer or football, LA is a city that you must visit at least once in your lifetime. A haven for sports fans of every kind, this is a location that never really sleeps. 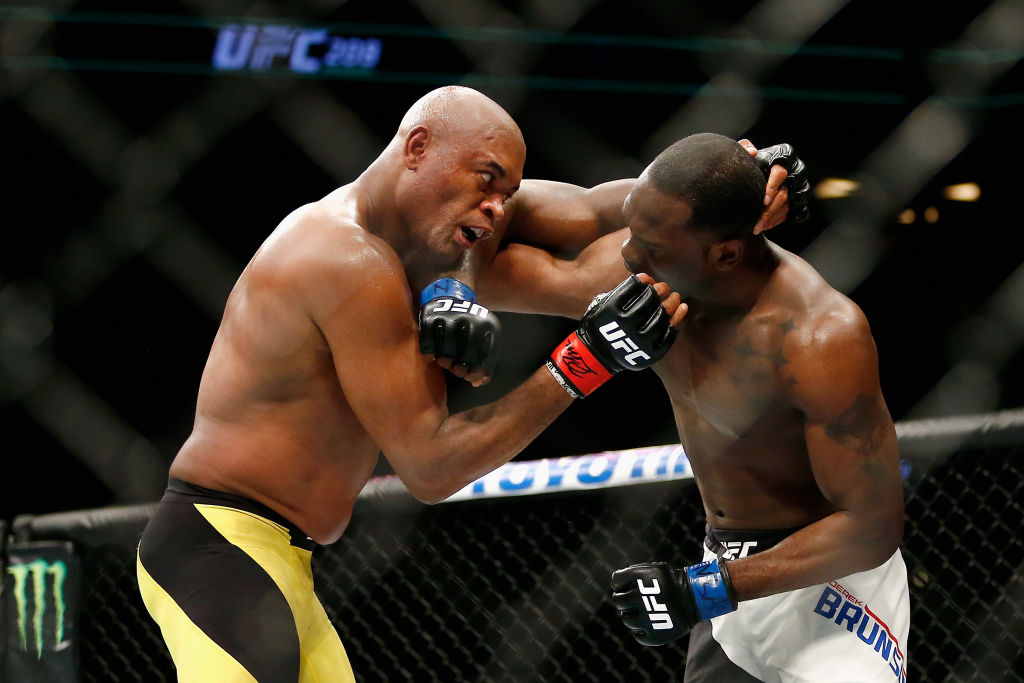 Is there another sport event able to match the razzmatazz and thrills of UFC Fight Night? Such is the popularity of MMA (Mixed Martial Arts)...