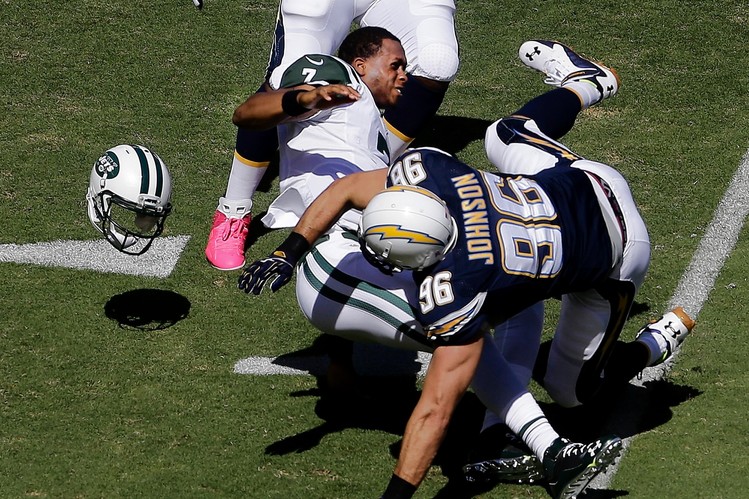 Hey, we might beat a previously winless team this week.  At the very least, let’s avoid being their first victory like we were against the Browns in 2016.  That’s how bad this season has been.  I can’t believe there are seven games left.  If you want any more reminders of how far we’ve sunk, the Chiefs travel to the Raiders for a first place showdown tomorrow.  We lost to both i by one score apiece, so we must be right on the verge of being good, right?

Hardly.  Last week was a one-score game only in name.  The onsides kick by Ty Long perfectly summed up the day (and the season).  It didn’t have a chance.  The Dolphins appear to be everything the Chargers are not right now.  They are making the most of their rookie starter, appear to be well-coached, and play with intelligent enthusiasm.  The Chargers are a mess in every way.  If you look at it, the script is pretty similar to last season.  There were the close losses in the beginning that put them out of contention and now they look like a beaten squad the second they get out there.  Of course there have been the injuries, but they didn’t win when they had all those guys on the field.  George Stewart’s  special teams continue to be abysmal.  Ty Long had another kick blocked and no one can run the ball back.  Seriously, what does this guy need to do to get fired?

Without Bosa for a second straight week, the defense looked like lifeless.  Denzel Perryman dropped an interception off a deflection but celebrated his ass off the rest of the day.  Was he the best defender on the field for the Chargers, as was reported?  I guess so, but that isn’t saying much.  I guess if we’d traded him to Pittsburgh a few weeks ago like I saw some blog postulate he’d be enjoying an undefeated season, so it’s better that he suffer with the rest of us.  Rayshawn Jenkins was awful again and Kenneth Murray let a ball go right through his hands.  The Chargers also gave the Dolphins new life after a penalty on a field goal, which led to a touchdown.

Tua was impressive, that’s for sure.  He was accurate and being a southpaw makes it even harder to see the ball before it’s on its way to the receiver.  But I have no doubt that if we had drafted him, Justin Herbert would be eating us alive.  Herbert had probably his worst game against the team that passed on him.  The interception was pretty bad.  The only disturbing thing I was on Twitter was from some scouting feed that suggested this was who he was in college, a guy with a great arm but lacking awareness.  I didn’t watch him in college, so I have no idea about that. 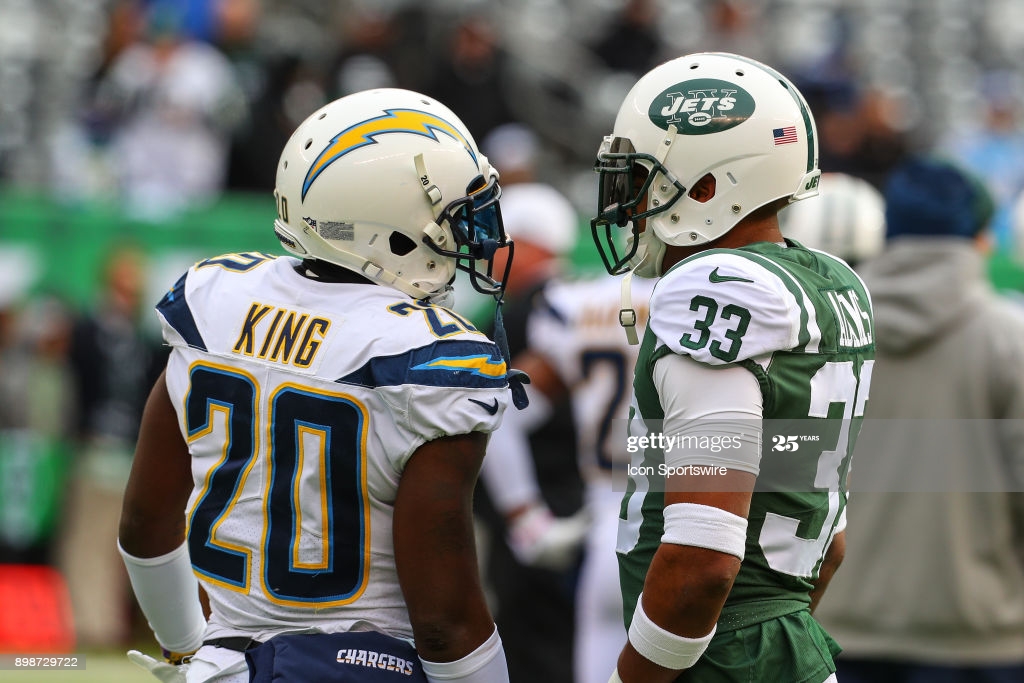 Herbert wasn’t helped by the playcalling.  This was the third straight week they had decent ground work to support him and they didn’t capitalize.  Keenan Allen, Mike Williams, and Hunter Henry were rarely targeted.  After the loss, Herbert said that the game plan was to avoid mistakes by running.  But it clearly isn’t working.  It’s great that Pope and now Ballage have played well, but it hasn’t meant shit.  After the game, Keenan Allen voiced his frustration by saying that the story after the game appears to be the same every year.  Joey Bosa, who finally emerged from concussion protocol, also said that guys need to step up.  If you remember, he said essentially the same thing on NFL Network after his rookie season, when he hinted that there was very little accountability under Mike McCoy.  Desmond King took his frustrations to Twitter and was dealt to Tennessee.  I don’t think we’ll ever get the whole story on King, but if the Chargers were never going to sign him to a new contract, I don’t know how leaving him on the bench helped matters.  They aren’t smart enough to create a narrative where he was seen as a malcontent.  King wasn’t calling out the culture, or lack thereof, on the team.  Allen and Bosa clearly are and they are 100 percent right.

The difference is that those two were deservedly signed to new deals this summer.  They are the two best players on the team and are unquestioned leaders.  Gus Bradley is a joke.  When Tua said that the Chargers didn’t show anything he wasn’t expecting, that’s an indication that his stale act needs to leave town.  The quote from Jalen Ramsey during their time in Jacksonville seems more and more relevant.  He runs the same shitty scheme each week and any competent offense can beat it.

Bosa should be back and yes the team is getting healthier.  But they are 2-7 and it doesn’t matter.  Daniel Popper of The Athletic has been saying all year that Telesco would get fired before Lynn.  I don’t get the logic in that, unless you are following the “he’s hired two coaches” rule.  But the idea of a new GM and same coach doesn’t give me any confidence.  This team is lost under Lynn,  Last week was one of the most boring games in recent memory.  By boring, I mean that I never really thought they would win.  I don’t care if they are entertaining, as long as they look to be effective.  They have given up and I don’t care how great a guy Anthony Lynn is.  He’s paid to be a coach, not a motivational speaker.  If the team plays like that, the speaking ain’t working. 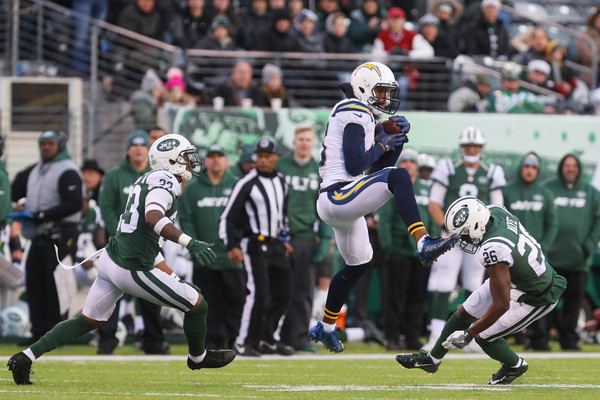 I am not convinced that this won’t lose out.  Going 2-14 could get them the top pick, especially if they lose to the Jets.  I could spend hours rehashing our history with them.  But you know, FAITHFUL READER.  I’ve lived here all my life and had to watch us melt down in the playoffs twice to them.  We also lost to Mark Sanchez a second time in the regular season.  I saw a clip last night of the 4th down play on 1/8/05, in which Eric Barton punched Drew Brees in the head.  I don’t think I’ve watched it since the night of the game.  It’s amazing that Barton bailed the Chargers out there, although probably not as much when you consider he was a former Raider.  For the Chargers to then convert to Gates to force OT is even more amazing.  You know what happened next.  If the Chargers had given a team new life like that, there is no question that they would ha,

I’ve taken advantage.  Most teams do.  The fact that we don’t speaks volumes.  It’s fifteen years since that game and nothing has changed.  Only the coaches and players are different.  Maybe one day the cycle will be broken, but it won’t be this year.  Seeing pictures of Justin Herbert’s haircut is even more sad.  Yes, I think the Chargers have broken him.  I don’t care about not being the team to lose to the Jets.  Whether we do or don’t, we are just as bad.  However, I don’t want to see the Chargers have the top pick.  Don’t laugh, they are bad enough to get it.  I am sure we’d trade it, like we did in 2004.  But if we are truly building around Herbert, we need a new coach.  Telesco brought in Bulaga and Turner and they’ve been pretty ineffective.  I’m still looking for a replay of Turner’s penalty from last week.  Come to think of it, didn’t Anthony Lynn say that there were guys on the field Sunday that wouldn’t be out tomorrow?  More empty threats.  Anyway, I’ll be on Colorcast tomorrow voicing my frustrations, win or lose.  Stay safe and enjoy the weekend.